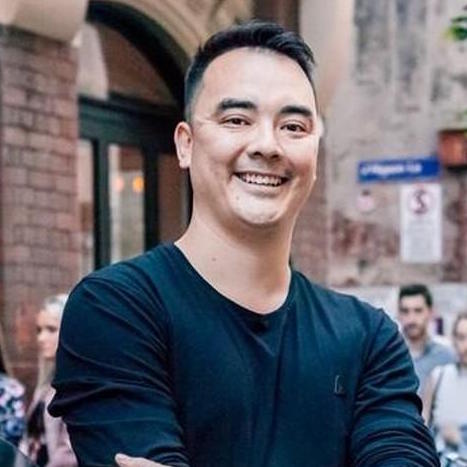 For over a decade, Graeme Hunt has spent his professional working career as a loyal and respected chef within the Rockpool Group. Graeme appeared destined to become a chef long before even he knew it. His parents fondly recall that unlike most children, Graeme’s preferred play toy was his frypan!

Graeme was given his first taste of life in a working kitchen when he took an after school job at the local bowling club. It was while working there that Graeme had a chance encounter with a former Rockpool employee who offered to put Graeme’s name forward to Neil Perry’s company as a potential apprentice.

After spending the first year of his apprenticeship at XO, Graeme was transferred to Rockpool’s flagship Sydney venue. It was there that Graeme honed his fine dining skills under the mentorship of respected head chef, Mike McEnearney (No.1 Bent St). During his three and half years at Rockpool, Graeme developed a respect and appreciation for honest cooking.

When the company expanded its Sydney doors to Spice Temple and Rockpool Bar & Grill, Graeme was part of the opening teams of both restaurants, spending three years as Sous Chef at the latter.

The opportunity to move to Melbourne and be involved in a brand new venture arose in 2012 with the opening of Rosetta Ristorante in Melbourne’s Crown Casino. As Senior Sous Chef, Graeme helped successfully bring the vision for this new restaurant to life.

Two years later, Graeme was offered the opportunity to move across to neighbouring restaurant Spice Temple. It was here that Graeme was encouraged to embrace his maternal Chinese roots and immerse himself in the world of Asian cuisine.

Less than a year later, Graeme was promoted to Head Chef at Spice Temple. He took the reins at the age of 30, making him the youngest Head Chef in the company. During his two years in the role, Graeme’s menu focused on big clean flavours, seasonality and simplicity.

Graeme’s next opportunity sees him joining The Lucas Group as Head Chef at Chin Chin Sydney, and he is excited to be at the helm of this highly anticipated launch. In taking on the role, Graeme intends to bring the much-loved Chin Chin dishes and flair to Sydney diners. They can also to expect some exciting new elements such as wood-fired and rotisserie creations intertwined with the signature Chin Chin flavours.

Outside of the kitchen, Graeme is married to magazine journalist wife, Sharon and had their first child in early 2017. In their downtime, the couple are NRL Wests Tigers tragics and enjoy dining at their favourite haunts, binge-watching TV shows and spoiling their golden retriever.