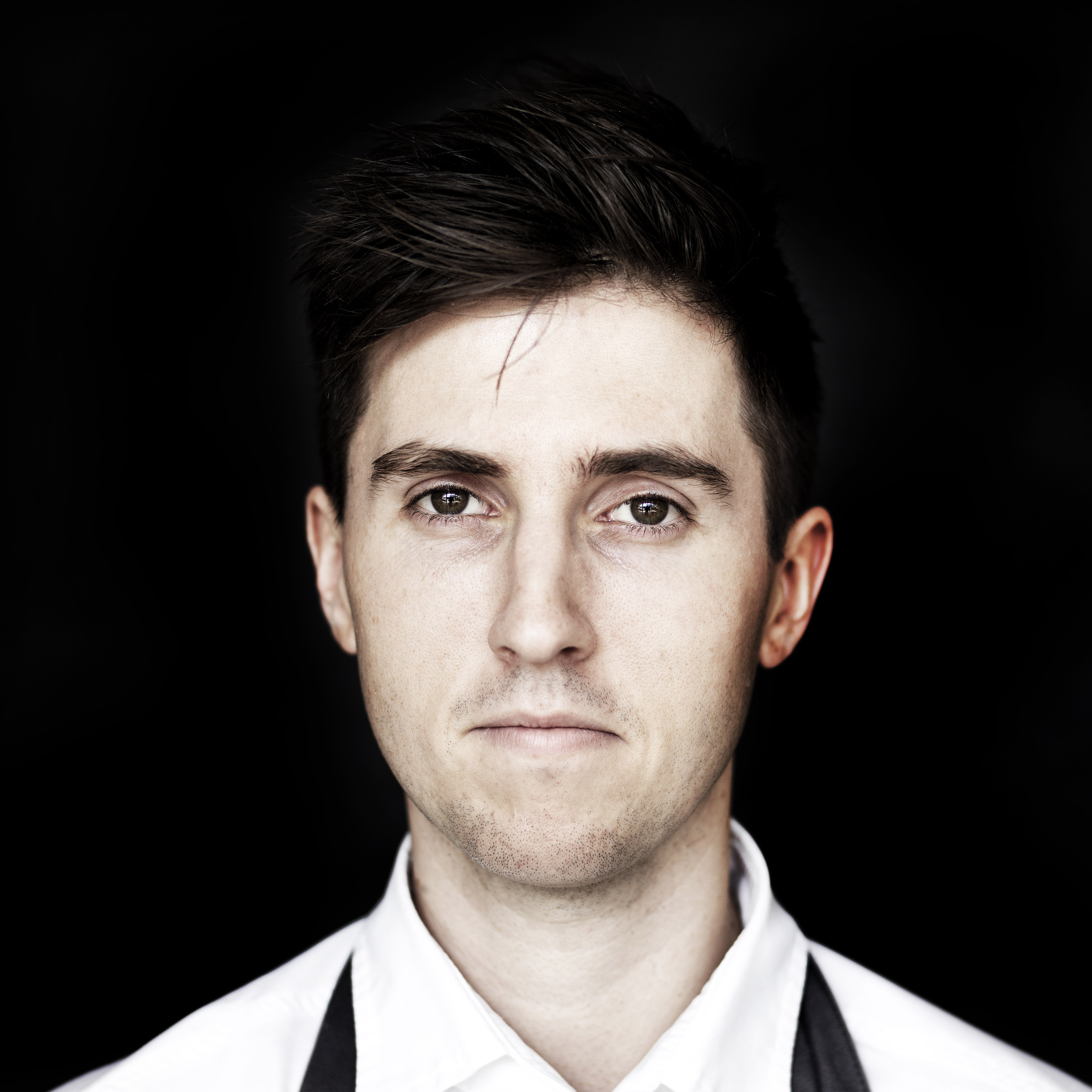 Growing up in a land locked NSW suburb, chef Josh Niland’s choice of career was not an obvious one.  With busy parents running an accounting firm from home, there were no childhood stories of cooking at apron strings or fishing with grandparents. Instead Josh Niland’s story had a slightly more unusual beginning.

Suffering from a serious childhood illness, an 8-year-old Josh regularly missed school and other childhood activities for treatments.  During this 3-year period, respite and entertainment were often found in cooking shows and recipe books, sparking the first flames of a culinary interest. An ensuing desire to cook and prepare dishes for his family became synonymous with fun and entertainment. His intuitive understanding of produce, even at that childhood stage, was already apparent.

That early connection, shared with a continuing joy cooking for his guests, are the very hallmarks of what is at the core today of chef Josh Niland and his Sydney restaurant, Saint Peter. His early professional career started locally, whilst he completed his culinary studies.

Moving to Sydney at the age of just 17, he became immersed in the hectic kitchen of Joe Pavlovich and Luke Mangan's uber-successful, Glass Brasserie.  A previous meeting with Chef Peter Doyle led to his next employment and by the age of 18, he had worked his way up from a 3rd year apprentice to Junior Sous Chef of the award winning, Est, where he remained for the next year and a half.

He began to discover a huge affinity working with fish, but as that desire grew, so did a need to do so in a smaller environment, focusing on all elements of fish. Doyle then introduced him to Stephen Hodges and his career at Fish Face began.

After almost 18 months he left Fish Face when he and his wife Julie got married and decided to embark on a long working honeymoon.  Starting in the UK, Josh worked as a ‘stagiaire’ at Heston Blumenthal’s three Michelin starred The Fat Duck Development Kitchen in Bray, before travelling through the gastronomic wonderlands of France and Spain.

Returning home he worked alongside Hamish Ingham for 18 months to gain experience opening a new restaurant from scratch.  As Head Chef at The Woods & Grain bar in the Four Seasons Hotel, he learnt of the challenges a new opening can bring. Stephen Hodges expanded and invited Josh back as Head Chef to open Fish Face in Double Bay, the company’s second restaurant.

After just 18 months Josh decided to move on for personal reasons having just had his first child and joined forces with Barry McDonald to consult for Café Nice.  During this time, he decided to open his own restaurant and preparations were finally put in place.

Saint Peter is a place where the menu is driven by those initial memories of fun and entertainment and an excitement from his childhood connection to the wonders of cooking. The venture is not just an accumulation of a world of professional cheffing experience, but also the realisation of an early childhood dream. Niland’s deeply intuitive dishes have finally found a home and his innate creativity, a platform.