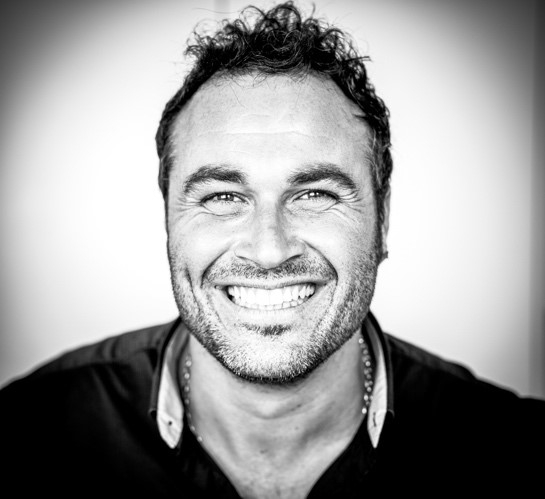 Having worked for many years in various kitchens around the world, Miguel Maestre is one talented Spaniard who has made Sydney his home. Born in Murcia in the south of Spain, his love for food was pre-determined from a young age. Miguel’s passion for food and life is infectious, and he has developed a talent for incorporating Spanish ingredients and cooking styles into his Australian menus.

Miguel at 27 was head chef of "Number One" the Godfather of Australian Cuisine Tony Bilson's Bistro, working alongside Australia's leading French Chef Manu Feildel. After meeting Ferran Adria at the number one restaurant in the world "El Bulli", he opened the biggest Spanish restaurant in Australia "El Toro Loco" in an outstanding waterfront location at Manly Beach. At the age 29 he was the chef at the most prestigious event in Australia ‘Emirates Melbourne Cup’ building a strong reputation in the cooking scene.

Miguel has been awarded by His Majesty The King of Spain the highest award a citizen can receive " The Order of Civil Merits " for his extraordinary service to the nation for the benefit of Spain in the Australian media.

It is Miguel's co-hosting role on TEN's The Living Room, that has catapulted him into the world of TV being the first Spaniard in Australian tv history to be nominated for a Logie for best lifestyle show twice. Other TV credits include "Boys Weekend" (airing in more than 100 countries ?worldwide, along with fellow international chefs Gary Mehigan, Adrian Richardson and Manu Feildel), "Miguel’s Tropical Kitchens" where he charms his way through the tropics of North Queensland, cooking with exotic ingredients in breathtaking locations, "Miguels Feasts" airing on Network 10 and internationally and "Weekend Feasts" airing on Network Ten.

He is the owner of Maestre Family Food and has a personal chefing business "Miguel's Experience".

Thank you for being so humble ?❤️

Good on you Miguel. Happy to support you.

You are inspirational and thx you for all that you do in making the world a better place.

You are such an amazing human being Miguel. You inspire me to be a better person. ❤️ Your such a great human love your heart ?

Miguel, you’re awe inspiring! I love every thing you do! Good luck with this fundraiser ??❤️❤️

Good luck Miguel!!! You're an inspiration to us all. So humble, funny, kind and caring. This world needs more Miguels!

Love your positivity and your generosity of spirit. Good luck with this event.