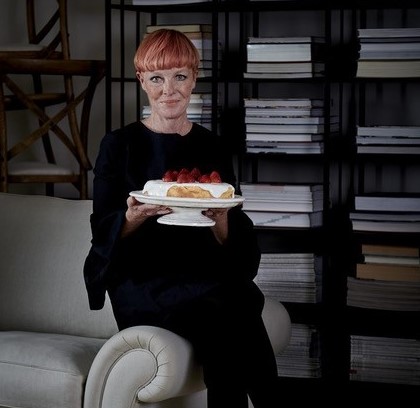 Rowie Dillon is Australia’s Queen of gluten-free cooking. A highly respected and industry recognised leader in the free-from baking space who has a passion for great food, culinary design and is protective about her diet.

As an experimental cook Rowie investigated ways of dealing with her body’s digestive intolerances and In 2000 Rowie’s Cakes was created – a kitchen where every wickedly delicious morsel that leaves the kitchen is 100% wheat free, dairy free and gluten free. Her Rowie’s Cakes range of products is testament to the fact that it is possible for naughty tasting food to be good for you.

Rowie’s Cakes has a growing team of over 30 staff which operates out of 3 factories in Alexandria and supplies gluten free treats in the sky on board Qantas, Virgin Australia, Etihad, Emirates airways as well as supplying Woolworths, David Jones, Harris Farm and many more retail stores and many of Sydney’s finest and hatted restaurants such as Quay, Bennelong and Aria.

Rowie is the author of two cookbooks; Indulge and the Power of Flour.