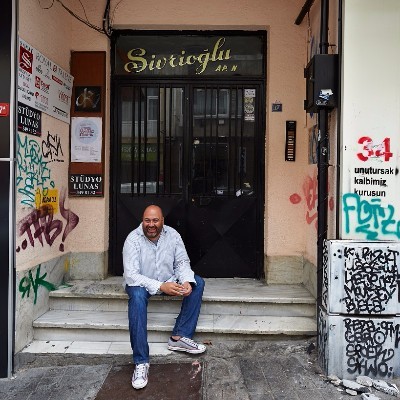 Somer Sivrioglu (MBA, UTS 1998)  is a cookbook author the chef, and co-owner of both Efendy and soon to openAnason restaurants. He is a custodian and international ambassador of Turkish food representing in many national (cooking schools, Cordon Bleu, Taste of Sydney, MasterChef) and international (Culinary Institute of America, Sydney International Food festival, Gastro Istanbul) events .

He recently co-authored his first cookbook Anatolia, printed in three languages ( English in UK and Australia, Dutch in Netherlands and German in Germany)  receiving number of accolades and great reviews.

Efendy is the leading Turkish restaurant in Sydney and Australia since its opening in 2007. The public support and awards prove that Turkish food can be represented at a restaurant level even in a very competitive market like Sydney, Australia.

Since opening in 2007, chef and owner Somer Sivrioglu has devised a menu that showcases a rich collection of produce-driven, uncompromisingly Turkish dishes. Utilizing original Turkish recipes that represent the best of Turkish cuisine from the past five centuries, a melting pot of traditional Turkish smells, textures and tastes that Chef Sivrioglu is deservingly proud of.

The casual and fun spin-off concept, anason in Barangaroo encapsulates the heart and soul of a lively Turkish street food experience. From rustic tapas-style sharing plates and teacupTurkish-inspired cocktails, to the eclectic, quirky décor and buzzing atmosphere, the mezebar is a sublime spot to kick back with friends and family for casual drinking and dining. Efendy’s signature quality is not forgotten here, with an emphasis on punchy flavours and charcoal cooking made with the best in seasonal local produce.