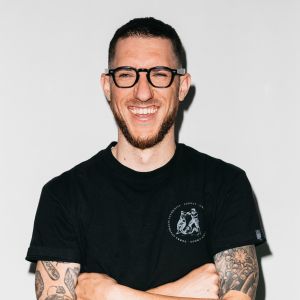 Beginning his career in a pub in Parramatta, he has since cut his teeth in some of Sydney's highest profile kitchens including Lo Studio, Pello, Pilu at Freshwater, The Beresford, Sepia and his own personal outing, ACME.

Born and raised in the western suburbs of Sydney, Mitch knew early in his teenage years that professional cooking was what he wanted to do with his life.

Destiny pushed him to a Monday TAFE class filled with apprentices working in hatted restaurants. He saw the level of skill displayed by his classmates. It wasn't always impressive. It got him thinking, "Maybe you don't have to be the best chef in the world to work in a hatted-restaurant. Maybe I can do that." He told Good Food.

In 2010, Orr won, the Josephine Pignolet Young Chef of the Year Award. The win (which includes a cash prize and a stage overseas) was announced at the Good Food Guide Awards in 2010 while he was sharpening his technical skills at three-hatted Sepia.  This included as well, a stint at Italy's famous Osteria Francescana to eat, learn and absorb all he can and bring these experiences back to share with the Sydney dining scene.

ACME, the namesake of him and his business partners, was opened in 2015 and awarded Time Out’s Restaurant of the Year award 5 months after opening. The restaurant was then awarded one hat at Sydney Morning Herald’s Good Food Awards. Having grown from strength to strength, ACME has since retained their hat.

Spending time with top Italian Australian chef Giovanni Pilu has taught him the classic Italian techniques, something he has been expanding on and has recently brought with him to his first collaboration with Maurice Terzini, CicciaBella.

At CicciaBella, the prince of pasta as he’s been known to be called has had a fresh vison on which to cast his discerning eye for flavours, evidenced by CicciaBella being hatted in its first week of business.