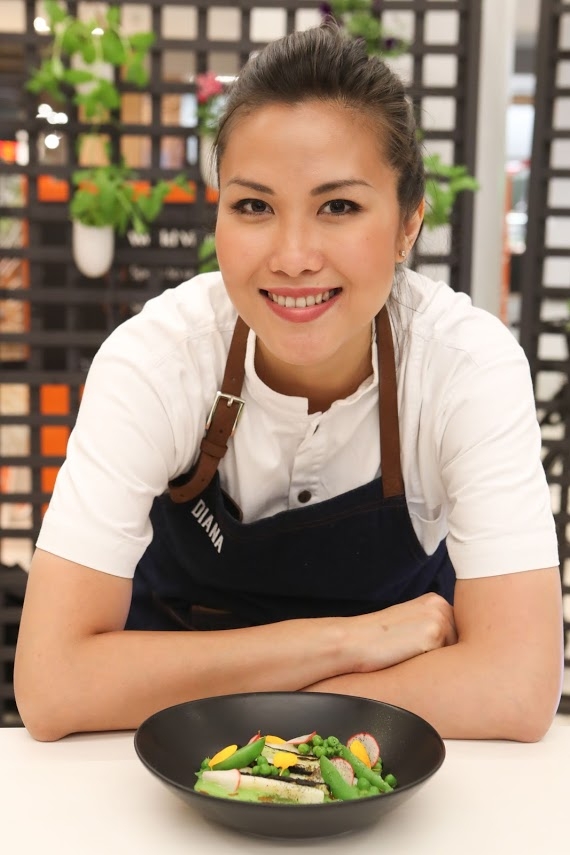 Diana Chan is an accountant by profession who grew up in Johor Bahru, Malaysia. Diana loved cooking from a very young age and she learnt a lot through both her parents, but it was only when she moved to Melbourne that her interest grew as she discovered the farmers’ markets that supplied plenty of fresh and local produce from around Australia. She developed her own cooking style, which combined some of the hallmarks of her parents’ styles - her mother’s fresh, herb-driven approach and her father’s love of seafood.

Diana decided that after 4 years of being at one of the Top 4 accounting firms, that she wanted to pursue her passion of making a career out of food and went on to compete in MasterChef Australia’s 9th season. A decision which has changed her life and cemented her determination to embrace food as much as possible. Diana became the season’s champion
and has an army of fans who love her style, passion and honesty.

Since winning, Diana has been involved in many public appearances including media appearances and interviews on TV, radio and print here in Australia and internationally. She has worked with some big corporates and major developers such as Deloitte, UEM Sunrise and EcoWorld International. Diana’s warmth and charm on Masterchef Australia has led to a
number of great partnerships and opportunities in Australia, Singapore and Malaysia. More recently, Diana has filmed video cooking tutorials with some international brands such as Nestle and Lurpak. Diana has partnered with A&E Network and Lifetime Asia on some video content in both Malaysia and Singapore. She is looking to maintain the relationships with
those brands and work on more activation in the near future.

Diana is currently working with children through food education via the Stephanie Alexander Kitchen Garden program. She is also working with a few nominated charities including Beyond Blue, OzHarvest and Canteen using her profile as much as she can to help raise awareness. Diana’s popularity and poise on MasterChef Australia has sparked interest in some fantastic Ambassadorship and Sponsorship roles both in Australia and Malaysia. She is a Delicious Magazine contributor with her first recipe was featured in the November 2017 issue. Her Christmas spread recipes will also be featured on Her World Magazine Malaysia in the December 2017 issue.

As Diana still maintains close ties with Malaysia, she has been offered some great opportunities to promote the food and culture of Malaysia through different campaigns and media forums. Diana believes in creating wholesome, balanced and delicious meals incorporating fusion flavours and her future plans of opening her food concept is deep in the planning stages and plans to launch towards Q3 in 2018.